Home › Gossip › Rihanna Vs. Ciara: It’s About To Be A… GIRLFIGHT!

Rihanna Vs. Ciara: It’s About To Be A… GIRLFIGHT!

We love a good cat fight just as much as the next guy, possibly more So, when we heard the news that Rihanna and Ciara have recently busted out their claws? Music to our ears. 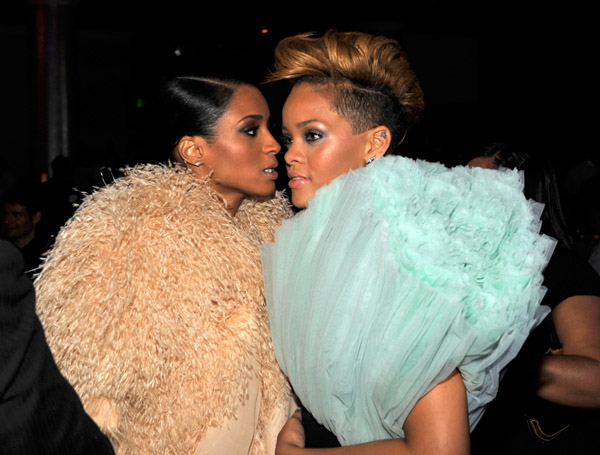 Apparently, Ciara was on E!’s Fashion Police last night, February 25, 2011, and CiCi and Joansy (Joan Rivers, that is) were going off on an outfit Rihanna wore recently. Then, Ciara decided to toss in a little comment about Rihanna not being the friendliest gal pal, saying

“I ran into her recently at a party, and she wasn’t the nicest, and it’s crazy, because I’ve always loved and respected what she’s done with fashion, and I ran into her before, but this time it was just, it wasn’t the most pleasant run-in.”

And to think, all this time, we thought we were watching Fashion Police, not Middle School Trash Talk.

Needless to say, Ciara’s comment made RiRi crazy-mad, so she took to her Twitter, as any grown woman should in a case like this, and said:

“My bad ci, did I 4get to tip u? #howrudeofme” Girlfriend didn’t stop there, though, tweeting: “Good luck with bookin that stage u speak of.”

To which Ciara responded,

“Trust me Rhianna u dont want to see me on or off the stage”.

Ciara’s last retort was an interesting choice of words. Now, if we were Rihanna, we would’ve shot back with something like, “DUH I don’t wanna see you on no stage! Girrrl you stank!” But no… Rihanna’s people just had to jump in and handle the situation, forcing her to do the ladylike thing and tweet this apology:

“Ciara baby, I love u girl! U hurt my feelings real bad on TV! I’m heartbroken! That’s y I retaliated this way! So sorry! #letsmakeup”.

“Rhi u know its always been love since day 1! Doing shows/everything. you threw me off in that party! Apology accepted. Let’s chat in person.”

It stands to be noted that anyone who dresses like Ciara should NOT be allowed on Fashion Police. 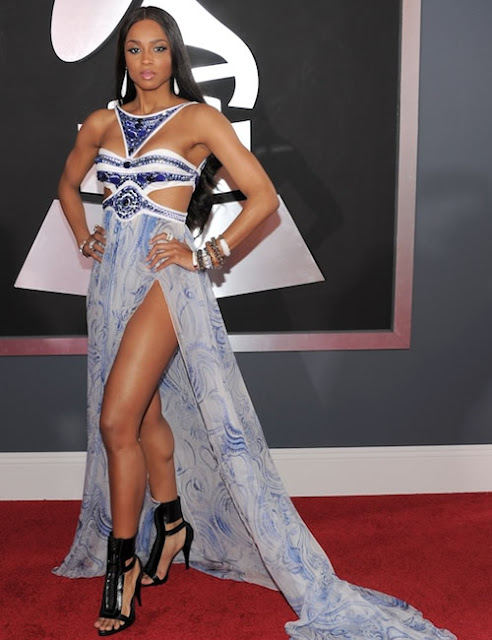 Ciara Or Wonder Woman on Crack?

‘Two and a Half Men’: You’ve Got a Piss-Poor Attitude, Charlie Sheen