Apparently, this week’s theme is:
“Stars of Jersey Shore who, when compared to the past, don’t look half bad”. 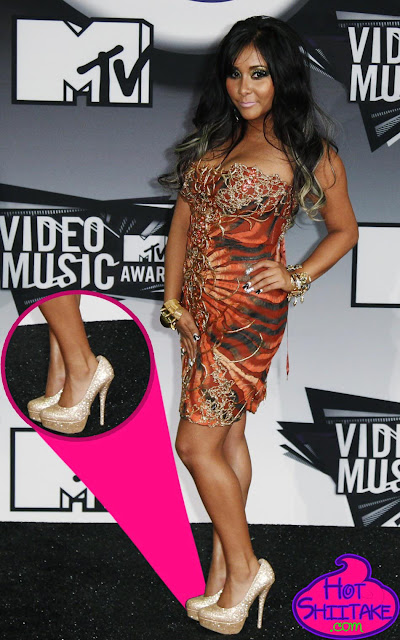 Snooks isn’t looking half bad these days… but she needs a little help finding shoes that fit. 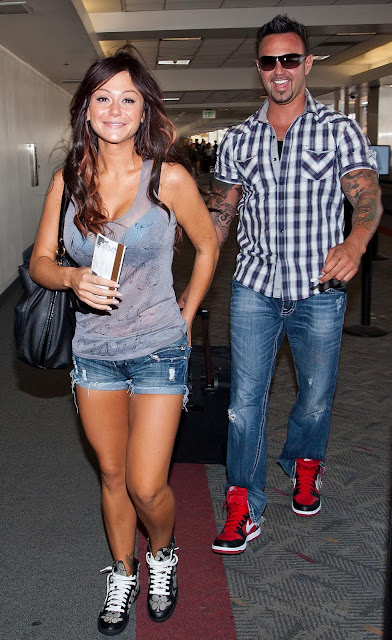 Jwoww is looking fresh-faced and not half bad.

Jersey Shore‘s Jenni “Jwoww” Farley was all smiles, as her boyfriend, Roger, lugged her suitcase through LAX, August 29, 2011. Adorablez! 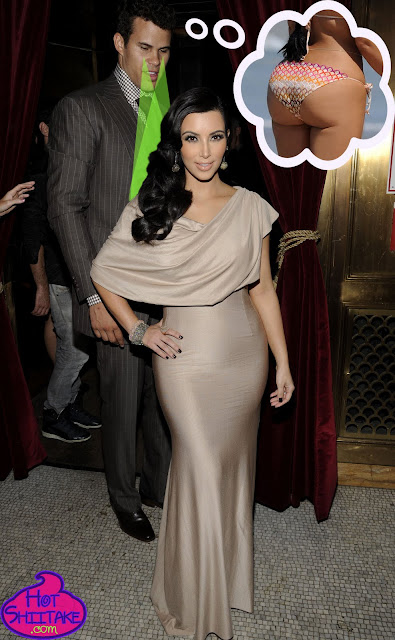 Even Kris can’t get enough of Kim’s ass, as evidenced by this picture of Kris staring at Kim’s badunk, at “A Night of Style & Glamour,” thrown in honor of the newlyweds at Capitale in NYC, August 31, 2011.

Audrina Patridge and Some Random Alcoholic her mom 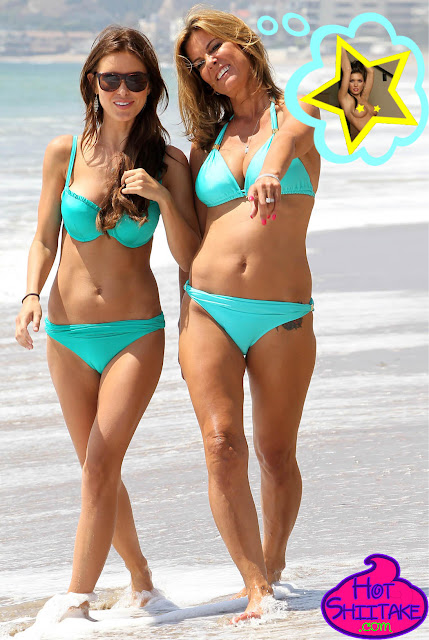 In a desperate cry for attention, Audrina Patridge and her mom wore matching bikinis to parade up and down a Malibu beach, September 1, 2011.
While Audrina and her mom don’t look half bad, if you listen closely, you can hear a faint cry, blowing in the wind:

“Remember me?? I was on that one crappy MTV show that lasted far too many seasons, and yet, many dumb girls greatly enjoyed it. And while I have no marketable skills, and I’m what one would refer to as ‘faux pretty,’ I would kindly ask that you not forget me!”

Let’s see what Audrina’s mom was thinking, up close: 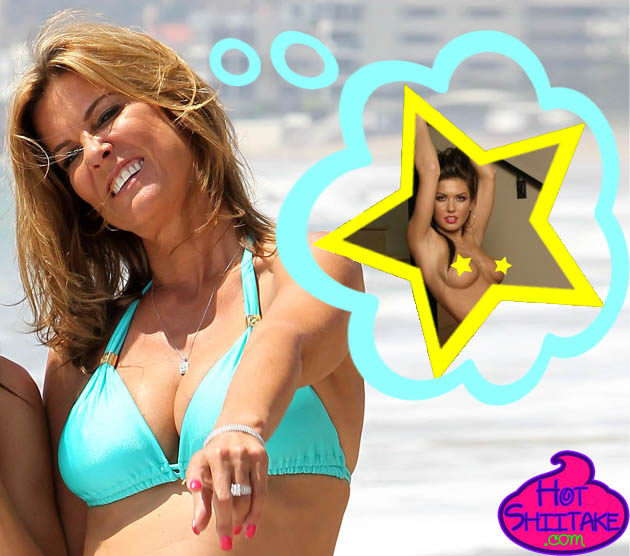 If you haven’t seen the video of Audrina Patridge’s drunk mom, you have to watch the video below from TMZ: “When Celebrity Moms Drink and Rant …” — a short film on the dangers and perils of having an alcohol-crazed mother terrorizing the streets of Hollywood. 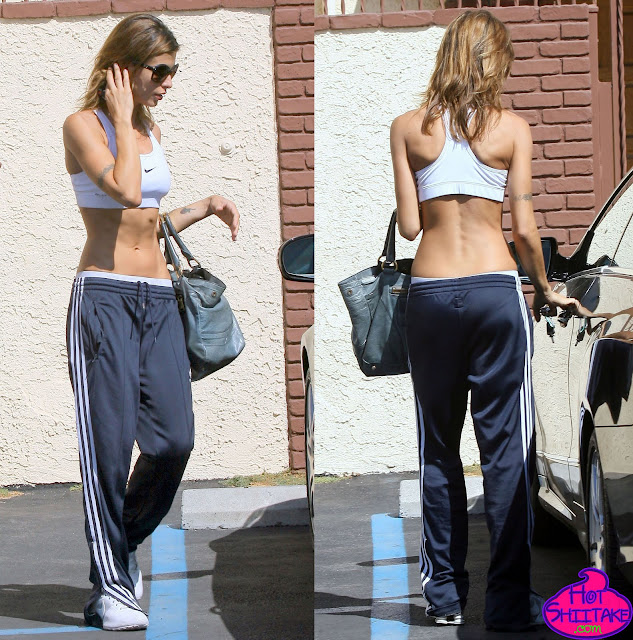 What was George Clooney thinking when he broke up with Elisabetta??

Elisabetta Canalis, looking hot in a sports bra, as she leaves practice for Dancing With the Stars in LA, September 2, 2011. 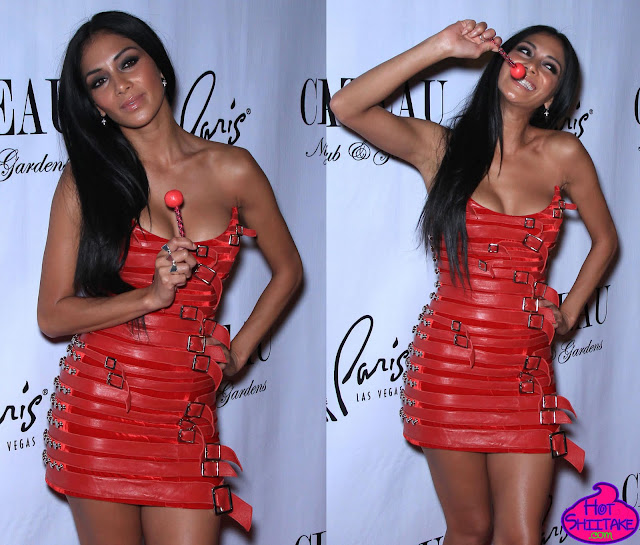 Nicole Scherzinger makes like Carrot Top, the Prop King, and poses with a sparkly lolli-prop in Las Vegas, September 2, 2011. Weird. 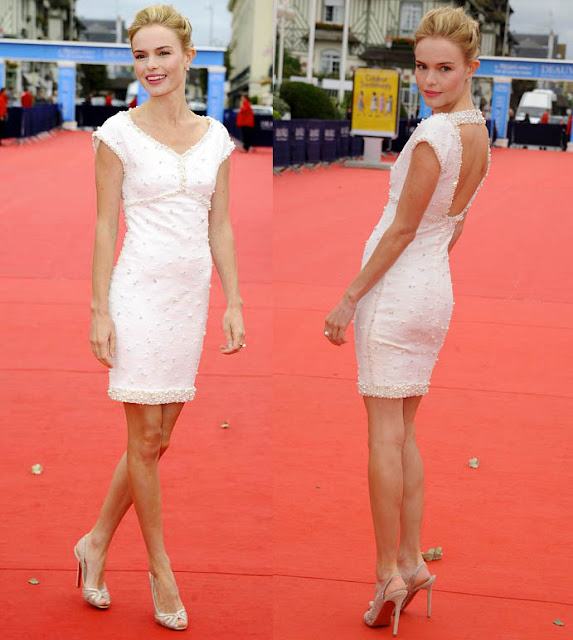 Look at all the crap littering the red carpet. Janky.

Kate Bosworth poses for the photogs at the 37th Deauville American Film Festival in Deauville, France, on September 4, 2011.