Home › Celeb News › Charlie Sheen FIRED From ‘Two and a Half Men’ — Bi-Winning? Not Anymore

Charlie Sheen FIRED From ‘Two and a Half Men’ — Bi-Winning? Not Anymore 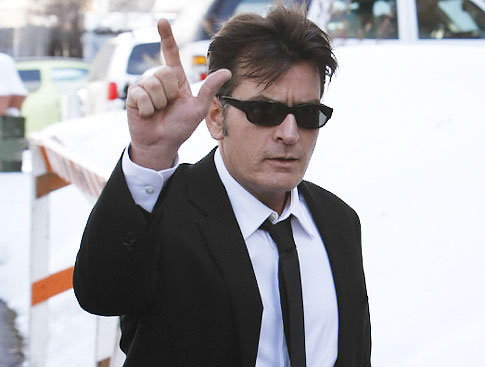 Today will go down in history as a sad, sad day. Charlie Sheen has finally officially been fired from Two and a Half Men. And so ends this hilarious ride?  Yeah right… we all know Charlie Sheen will do the right thing and continue his outrageously entertaining antics for at least a little while longer. One can only hope, at least.

Charlie Sheen Fired From ‘Two And A Half Men’

Warner Bros. sent a relatively short letter to Sheen’s lawyer, detailing their reasons for terminating good ol’ Charlie’s contract.  Clearly, Warner Bros doesn’t find him nearly as hilarious as do I.  Too bad.  Of course, TMZ got their grubby little hands on this letter before anyone else.

Bitchin’ ‘Rock Star From Mars’ Still Winning? Not So Much

Here’s a fun little excerpt from the letter:

Mr. Sheen called Mr. Lorre a “contaminated little maggot,” a “retarded zombie” and a “turd.” He also stated that he wishes Mr. Lorre “nothing but pain” and that he has “defeated this earthworm with my words-imagine what I could have done with my fire breathing fists.”
Moreover, among many other bizarre comments, Mr. Sheen has proclaimed:

I’m so glad Warner Brothers’ lawyers decided to sum up Charlie’s recent shenanigans, all in one place. How thoughtful.

If you are just itching to read 11 pages of legal jargon (plus a complete, 10-page list of Charlie’s recent media parade coverage since February 24, 2011), TMZ has been so kind as to share it with us. Click here to continue the fun.

One comment on “Charlie Sheen FIRED From ‘Two and a Half Men’ — Bi-Winning? Not Anymore”

Find Shiitake By Topic
Aubrey O’Day Gets Her Own TV Show: Now It’s Just Getting Sad