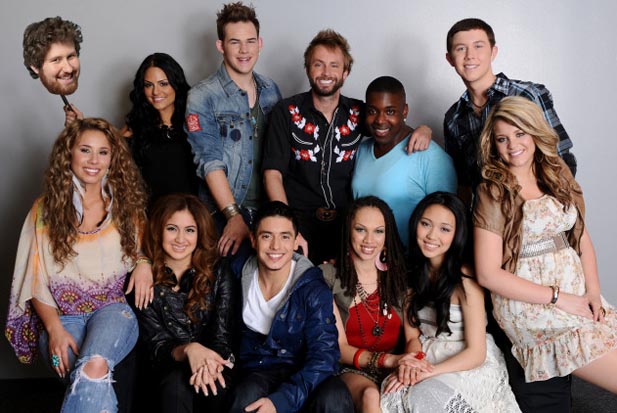 Casey Abrams ain’t got no body, no body got him

This show is starting to annoy the crap outta me. I wish there was a way to speed things along, but we’re moving at a glacial pace here, and we still have 12 of these morons left. Some of them aren’t as moronic as others, but that’s beside the point.

So, who’s going home tonight, and who’s going to be in the bottom 3? I can never be too sure, because the idiots who actually take the time to vote are SO DUMB. It’s like someone gathered all of the dumbest idiots in all the world together in one spot, and said, “ready, set, VOTE!!!!!” And that’s why people like Naima are still here.

But momentarily setting my rage aside, these are what the results should be tonight, regardless of actual outcome. 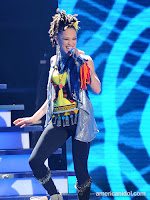 If she stays tonight, I’m boycotting American Idol FOREVER. She is by far the WORST singer on the show. If she can make it this far into the season, so can half the people in my little sister’s high school choir, and they are bad. Her performance last night was as pitchy as ever, and had the most corny, karaoke ending ever. UGH. Naima makes me so angry, I don’t even know what to do with myself. GET OUT!!! For god’s sake, leave me alone!

Her outfit wasn’t as bad as usual though, so I guess that’s good? Click here for video
Paul McDonald: Staying 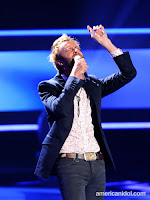 There were a few pitch issues, and before he started, he said he had a sore throat, but I love this guy. He made it work, and he always gives a fun performance. 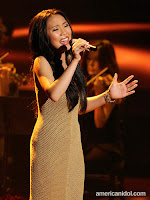 Boring, as usual. She sang “Colors of the Wind,” and I’ve heard 12-year-olds sing this song better. Terrible pitch. Just dull, dull, dull. I hate her vibrato, and I’ve always hated it. WHY do people like her? Deaf idiots.

The only thing I partially enjoyed about her performance was that her dress was Pocahantas-y, matching the song nicely. But she still sucks.
Click here for video 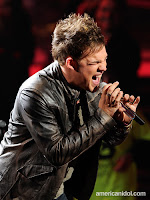 I like this guy more and more every week. He does well, and he has tourettes. Who doesn’t love a guy with tourettes?
Click here for video 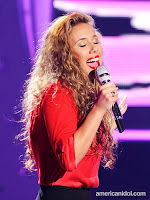 I can’t quite put my finger on what it is, but she gets worse and worse every week. I don’t hate her, but I don’t really care about her either.

She had red lipstick ALL over her face and teeth when she was done singing. Thank god Ryan Seacrest helped the girl out! She’ll probably get a lot of sympathy votes because of that whole debacle.
Click here for video 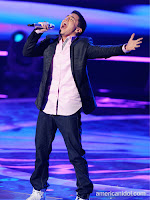 AHH!! His best performance so far. I am so proud of him, he gets better and better every week, which makes me glad that at least one wild card was not a complete and utter waste.
Click here for video 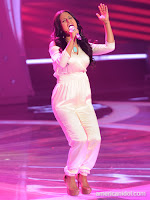 She is probably the strongest singer out of all the Season 10 girls. This week, she finally sped things up a bit. THANK GOD. Also, it looks like someone must have told her to stop the constant arm waving, but she still could NOT resist swimming just a little bit. She did cut back though, I’ll give her that.

She’s a cute girl, and not fat at all, but her outfit made her look pregnant. Why would anyone in their right mind do that to themselves? Click here for video 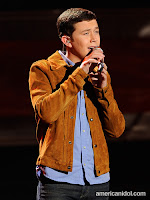 I don’t particularly enjoy him at all. He has a good voice, but I cannot stand his side-mouth singing, or the way he just generally appears to be a dbag.

However, it’s quite apparent that he has all the little teeny boppers positively swooning, so he’s staying. 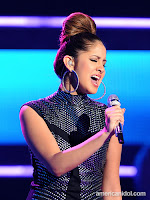 I want to like her…but she hasn’t been doing so great the past two weeks. She definitely seemed afraid of some of the notes, which should have just been omitted.

Hopefully she can get herself out of this rut, or she’s going home real soon. 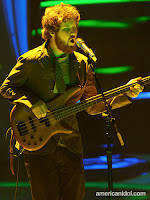 Love him always. This performance wasn’t his absolute best, but it wasn’t bad, by any means. His performances are always so fun, and his facial expressions are a riot. Love. Twoo wuv. 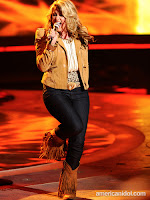 The song started out a little bit too low for her, but she does have the flu, so we’ll let it slide. I really like this girl, she’s cute and fun, so let’s hope she gets better in time for next week! 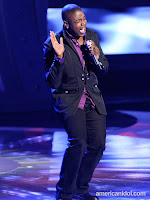 He put that “Lusky stank” in it fa sho. He was a bit pitchy again this week, but I love his overall sound and stage presence, so it doesn’t bother me too terribly. At least he knows when he’s off-pitch, and fixes it, unlike that dreadful Naima skank.

Gary Busey Puts a Little Crazy In Your GPS