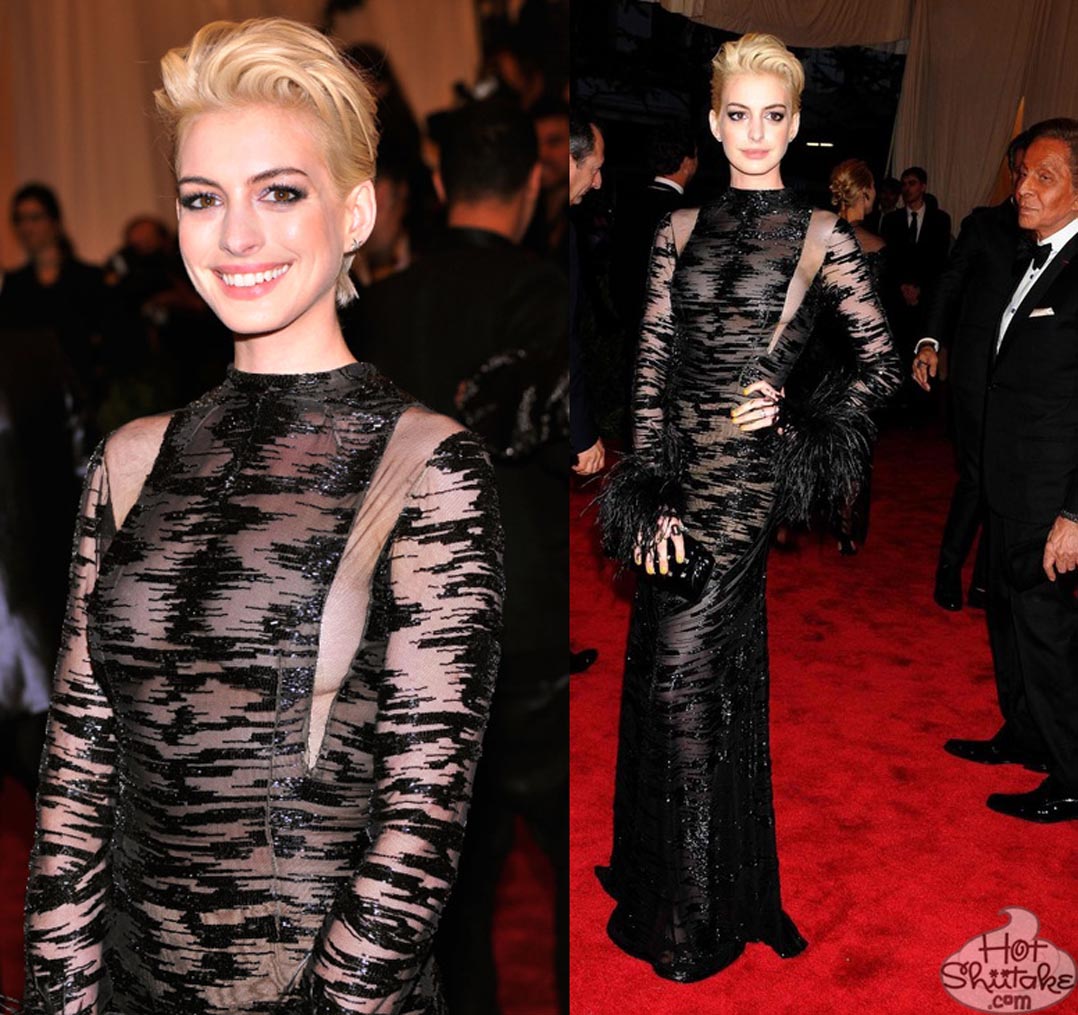 Anne Hathaway has dyed her hair blonde, and she looks undeniably similar to another Hollywood starlet…

Anne Hathaway may have dyed her hair blonde, but that doesn’t mean she’s any less pretentious and unrelatable than she was before the peroxide touched her tresses.

On the red carpet of the 2013 Met Gala, Hathaway gushed about her own ‘do (because what celeb doesn’t like talking about themselves?) and stated:

I don’t know if you can tell by looking at me, but Debbie Harry was kind of an inspiration.”

Umm, no; we couldn’t tell. Why would anyone look at Anne’s head and think “Debbie Harry, is that you?” In fact, when we first saw Hathaway’s new blonde hair, we immediately thought she looked like she was trying to grab onto some of the attention Miley Cyrus has garnered for her shocking decision to trade in her long locks for a super-short, platinum blonde punk-rock hairstyle… 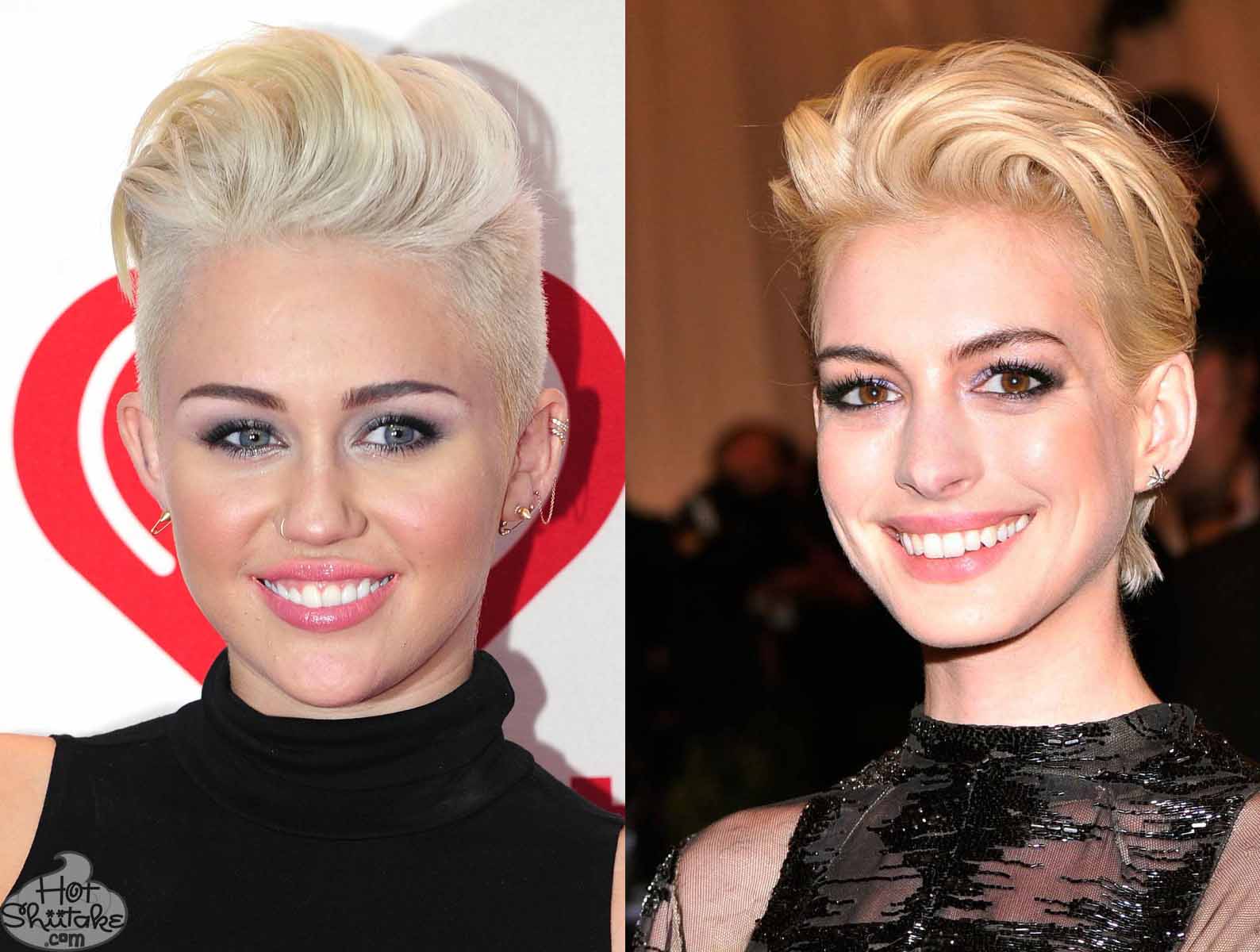 Speaking of Miley Cyrus’ hair, does anyone else think Miley bares a striking resemblance to South Park‘s Butters Stotch, these days?? 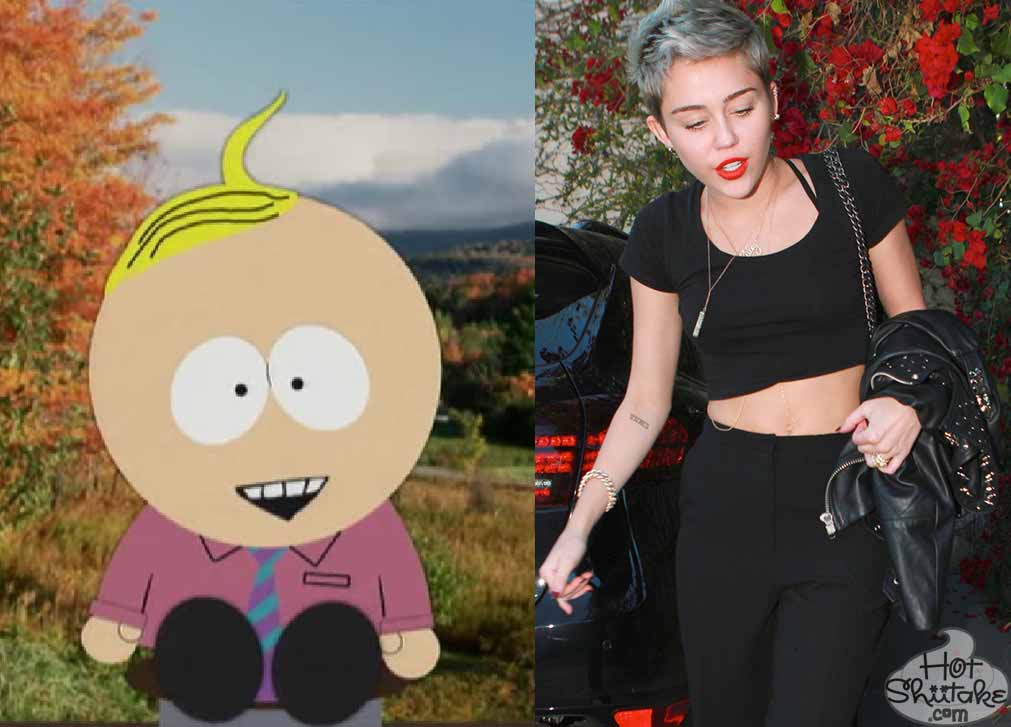 * Please, don’t let us stop you from sending us your usual hate mail — it does tickle us so — but we would like to state that we freakin’ LOVE Miley Cyrus’ short, platinum blonde hair — it’s the raddest thing since ugly Christmas sweaters; but we’ve never let liking something stop us from making fun of it before, and we sure aren’t gonna start now.

Anne Hathaway’s hair on the other hand? She looks totally washed out. And yet, she looks just as pleased with herself as usual.