Home › Gossip › ‘The World According To Paris’ — Our Little Paris Hilton is All Growns Up… But Does Anybody Care?

‘The World According To Paris’ — Our Little Paris Hilton is All Growns Up… But Does Anybody Care? 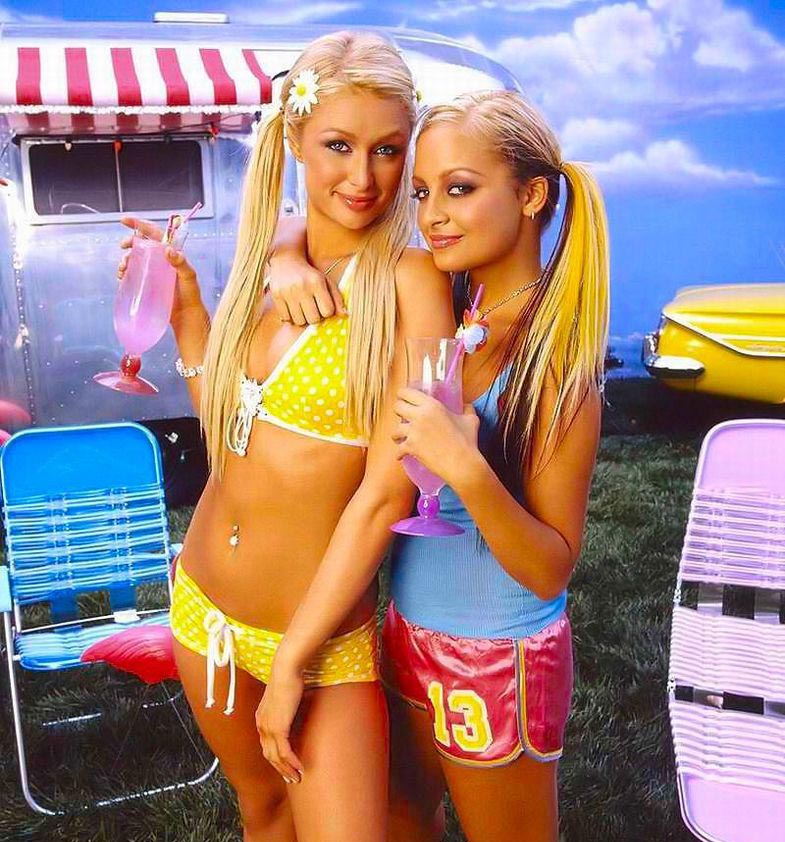 Paris Hilton has been making the rounds lately, talking all about her upcoming reality show, The World According to Paris*, which is set to premiere at some point in time this spring, on the Oxygen Network. As we all know, the Oxygen network has the classiest reality programming of all the networks. (Fellow Bad Girls Club fans, please stand up.)

Of her time on The Simple Life, Pare-Bear stated that the show didn’t depict her true personality, but that she “was playing a character [she] kind of invented”.

QUICK! Someone give Paris Hilton her Oscar.

Who knew that, all this time, Paris was secretly some kind of genius method actress? Well, get excited, because we may finally get to see the true Pare-Pare. Princess Paris herself declared that NOW is “the perfect time to do a show like [The World According to Paris],” because, at the ripe old age of 30, she feels all “grown up and excited about life” and ready to reveal “the real Paris” Well, P.Hil, if you say so, then we believe you.

What Is ‘The World According To Paris’ About?

This new series will show our girl, gay Paree, along with a slew of incredibly gifted castmates. Hightlights include: bestie-for-now, Brooke Mueller (Charlie Sheen’s deranged estranged wife), some nobody who formerly dated Fred Durst (who is, himself, quite unimportant), Allison Melnick (a self- nightlife promoter), and mommy dearest, Kathy Hilton. But one question still remains: DOES ANYBODY CARE? And the answer is: probably not.

Paris’ first reality show, The Simple Life, was only entertaining because her pal, Nicole Richie, is a laugh-riot, and carried Paris’ limp, lifeless body on her back. That’s not what good friends do, Paris. Nicole Richie is tiny, weighing 90 lbs., at the very most. Paris Hilton, on the other hand, is a cow, weighing a whopping 100 lbs. Fatty. **

Paris’ other reality show, My New BFF, was not entertaining at all, so we can only wait and see how this new show turns out. Oh, let’s not forget! – Remember when Paris Hilton was an ultra-talented singer? Yeah, me neither.

At the end of the day, news that Paris has a new reality show just around the bend, only serves as yet another unwanted reminder that this wonky-eyed, over-accessorized beast is still walking the earth. 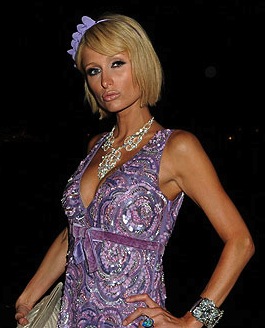 WATCH: ‘The World According To Paris’ On Oxygen

The Oxygen Network has been so kind as to gift us with the following super-exciting sneak peek, in which Paris gets a real, live pony! OMG!!!!!

Now, that is real stuff.  Thanks for showing us the REAL YOU, Paris!!
Love you forever, xoxoxo.

*As of now, the show has been given the title of The World According to Paris.  But Oxygen did consider these titles: Wonky-Eyed Over-Privileged Beast and If You Can Afford Every Accessory You See, By All Means, Wear Them ALL At Once …But alas, these were both too lengthy to be considered workable titles.***

**Hot Shiitake’s medical professional may or may not have any real qualifications for estimating the weight of these obese cows.

***To the best of my knowledge, Oxygen never actually considered any of these titles. Hot Shiitake’s TV show naming expert made that up; sorry.

Read More Shiitake About: Paris Hilton, The World According To Paris
Filed Under: Gossip, TV, Videos

One comment on “‘The World According To Paris’ — Our Little Paris Hilton is All Growns Up… But Does Anybody Care?”

Find Shiitake By Topic
‘Two and a Half Men’: You’ve Got a Piss-Poor Attitude, Charlie Sheen

Lady Gaga Pulls Foreign Object From Vagina, Surprises No One