Christina Aguilera Arrested — Xtina Knows How To Have a Good Time 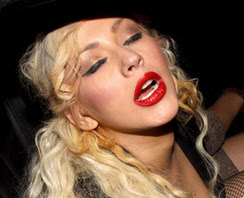 Early this morning (March 1, at around 2:45am), Christina Aguilera was arrested for public intoxication. Her nobody boyfriend, Matthew Rutler, was also arrested, on suspicion for driving under the influence. Those two crazy kids — they were just trying to have a good time.

According to Los Angeles County Sheriff’s department spokesperson, Nicole Nishida, the singer was “so intoxicated she couldn’t take care of herself” … in other words, sista-friend was blackout drunk and feelin’ gooooood.

Christina Aguilera just can’t seem to catch a break these days. First, her crappy album, Bionic, was a huge flop (shocking…). She also recently got divorced from baby daddy, Jordan Bratman, was forced to cancel a tour that no one cared about, and was in some dumb movie with Cher… that nobody saw. And don’t forget about the huge dump she took on herself when she screwed up the words to the National Anthem — at the freaking most-watched event of the year: Super Bowl XLV.

No big deal, though, Xtina’s got a good excuse for that: she was probably white boy-wasted at the Super Bowl, too.

And now, the former Disney darling goes and gets herself arrested and thrown in jail — just for being a blackout passenger in the car her equally blackout boyfriend was driving. Poor girl. Don’t worry, though, she’s been released from jail, so things are already starting to look up for her. 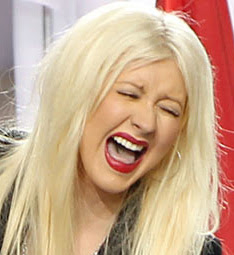 Justin Bieber Birthday BJs To Be Given To Charity — HBD To Ke$ha, Too